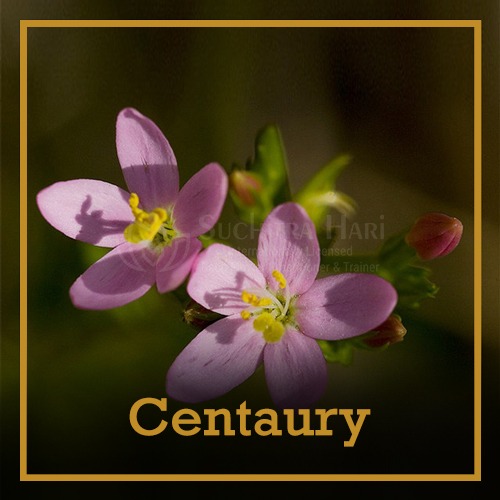 Blooms: from June to August

Belongs to ‘Over sensitive to Influence and Idea’ Group

Kind, quiet, gentle people who are over-anxious to serve others. They overtax their strength in their endeavours. Their wish so grows upon them that they become more servants than willing helpers. Their good nature leads them to do more than their own share of work, and in so doing they may neglect their own particular mission in life.

Indication: For those who lack will-power to refuse the demands of others.

This remedy is for people who always seem to be at the beck and call of others. They may be quite incapable of standing up for themselves. They can easily fall under the domination of stronger personality. One of the reasons they get easily dominated is because their nature to be of help others and this willingness can be easily exploited. They often find themselves in situations they don’t enjoy, or doing something they don’t really enjoy, or simply because they do not have strength to say no.

When a person takes Centaury, they are able to stand for themselves and build an ability to say no to unreasonable demands.

I meet my own needs.

I stand up for myself.

Animals of Centaury nature like their human counterparts. They are gentle and caring in nature, and will obey everyone. Kitten and puppies of this nature are the ones who don’t assert themselves and may fail to thrive because they get pushed out the way at feed times. These animals are obedient, will always do what they are told and rarely will be naughty.