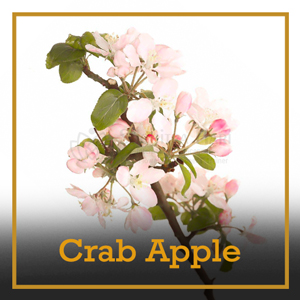 Belongs to ‘Despondency and Despair’ Group

This is the remedy of cleansing. For those who feel as if they had something not quite clean about themselves. Often it is something of apparently little importance: in others, there may be a more serious disease which is almost disregarded compared to the one thing on which they concentrate. In both types, they are anxious to be free from the one particular thing which is greatest in their minds and which seems so essential to them that it should be cured. They become despondent if treatment fails. Being a cleanser, this remedy purifies wounds if the patient has reason to believe that some poison has entered which must be drawn out.

Indication: For those who have a feeling of being unclean

Crab apple can help when a person feels unclean or is ashamed of his/ her appearance. Sometimes people having compulsive behaviour such as repetitive hand washing, repetitive cleaning of object, repetitive organising and checking order of thing. There is tendency to obsess over trivial matters.

The remedy is called cleansing remedy, and can be effective when a person feels unclean physically or mentally.

I love myself and my body.

I am clean and free of all contamination.

Animals can also show sense of contamination or disgusted when they are infected. Animals who show excessive grooming habits may benefit from Crab Apple. Sometimes they excessively lick their fur. Some animals may show distaste for eating, mating or defecating.