Falling In and Out of Love and Bach Flower Remedies 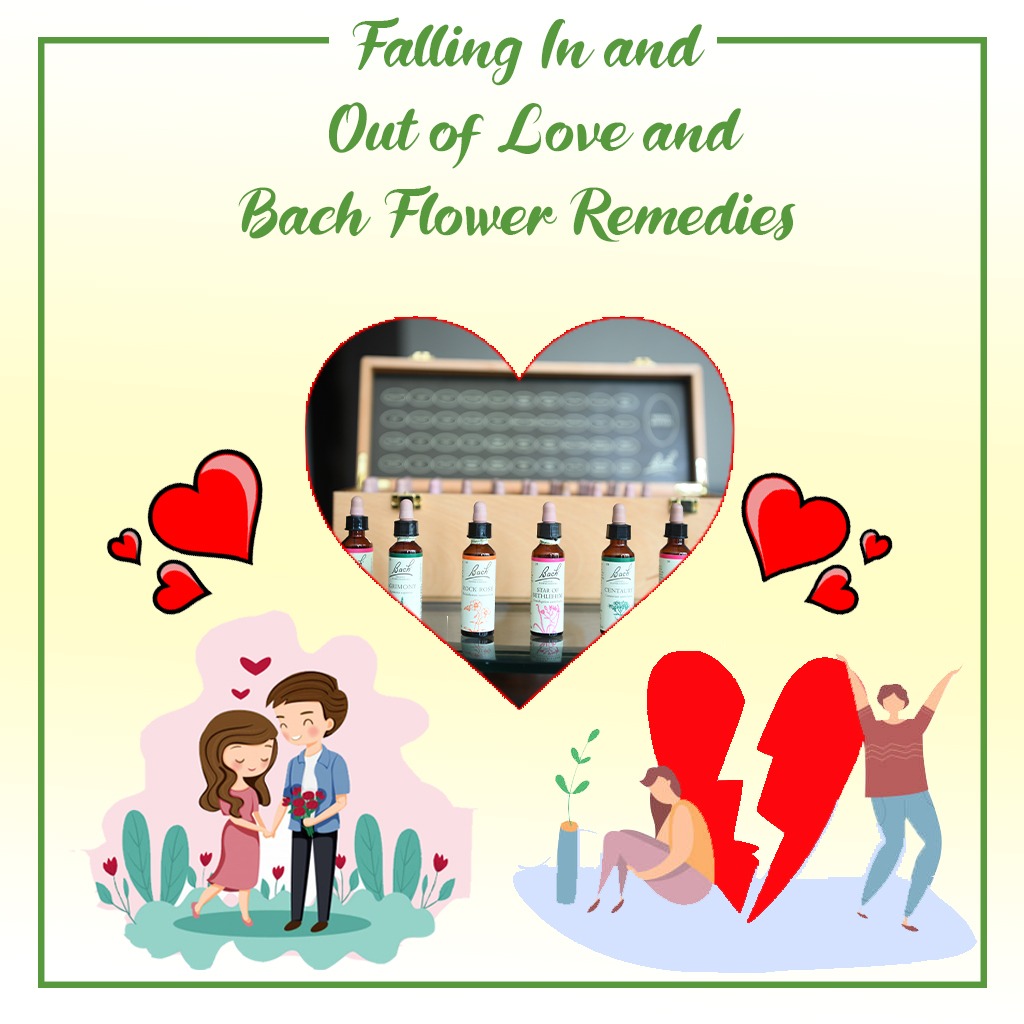 Love is one of the most poorly understood emotions. It can feel baffling, crazy-making, euphoric, and contradictory at the same time, and it certainly does not help when sometimes one is all inundated with images in the media of what the perfect relationship looks like — especially when it does not necessarily match up with real life experiences.

We are taught that love is supposed to be everlasting and anything but impulsive. The search for love and companionship, or breaking up after relationship as an experience could leave one with feelings of being indecisive, unattractive or depressed.

In this blog, we will look at some of the Bach flowers that could help during both – Falling in love, or Falling out of love.

Falling In Love and Bach Flowers:

Mimulus– for shyness, timidity and nervousness that is encountered, especially when one is expected to make the first move in the relationship.

Larch- for lack of confidence and courage and feeling of failure even before an effort has been made to get in a relationship.

Scleranthus- for the indecisiveness of who they really want to be with in a relationship.

Clematis- for being mentally absorbed with nothing but thoughts and dreams of the person of their fantasy, and imagining what it will be like to be in a relationship with a person of their dreams.

Crab apple- for feelings of being unattractive physically to be able to get in a relationship.

Falling Out Love and Bach Flowers:

Agrimony- for those who may seem to go as normal but inside are suffering from the mental torture after the break-up.

Willow- for feeling of self-pity and bitterness towards the partner after the end of relationship.

Red chestnut- for the concern over the effect of break- up on the partner, family.

Holly- for the feeling of hatred, envy, and jealously towards the partner.

Pine- for the feeling of guilt and self- reproach after the break-up.

Honeysuckle- for the memories and thoughts of the past that over shadow any interest in present.

Mustard- for the feeling of being depressed and the gloominess that strikes from no-where.

Gorse- for the feeling of hopelessness and despair after the break up.

If one is in the cycle of on-again-off-again, it may be good to consider Chestnut Bud, which would help in deep reflection on the reasons for the behaviour and end the cycle.